Over the course of a lifetime you meet a handful of people who genuinely make an impact in your life, Liz Fillo and Chris Coucill are two of those people. The time we spent on their property were some of the most enjoyable and rewarding moments of our time in business. If not for the passion, gardening acumen and willingness of Liz and Chris to let us experiment with organics and ecological landscape practices, our programs and systems that are in place may not be the success they are today. Below you will find the words and images of the owners of Stony Wood Garden. Many thanks to Liz Fillo and Chris Coucill, two very special people, who are very deserving of having their passion preserved in the Smithsonian Institution Archives of American Gardens.

The Story of Stony Wood Garden

The woodland gardens were created out of three and one-half acres of woods and rocks and nurtured constantly for about thirteen years. With many years of previous experience gardening a sunny seven and one-half acre estate the owner had to learn gardening in the shade, specifically which shrubs and trees would survive as understory. Since it backed up to 125 acres of preserved woods the first undertaking was to have the entire property enclosed by an eight-foot tall deer fence. Next paths were laid out, rocks and stones were excavated, and terraced beds were designed and filled with topsoil. At first the stones were dumped in piles along the walkways but eventually were used to build walls or line those paths. Thirteen dogwoods were planted along a new macadam driveway with mixed success; the owner found that kousa dogwoods were more successful but still was able to cultivate specimen trees. Various ground cover plants were tried out, including ajuga, vinca, epimedium, sweet woodruff, wild ginger and pachysandra, and whatever succeeded was divided and used to fill in other locations. Tens of thousands of daffodils, scillas and mertensia were planted. Mosses and ferns, brunneras and many varieties of hostas grew very well in this woodlands garden. On the sunnier south side of the house there was an herb garden and there were pots and trellises of summer flowers, usually in shades of pink, purple, blue and white on the deck and along the walk.

The entire property was gardened organically and all the organic material that came out of the garden was composted and put back in; trees that fell or died were turned into mulch for the numerous paths. Deer still came in from the driveway and some years voles and rabbits devoured plantings that were in their prime. With so many trees the property suffered considerable damage from winter storms and Hurricane Sandy – but when trees fell a sunny spot might open up for different plants. When plantings lost their looks – too many brown leaves or too straggly – they were replaced. Varieties of trees and shrubs with yellow or variegated leaves were sought after to lighten the shade. Climbing hydrangeas and clematis succeeded in disguising the fences. Old Christmas trees and damaged trees and shrubs were grouped together in a bed known as Tapestry Row that would have varying shades of green when the plants filled out.

The owner noted that gardens are not for having but for doing. Garden work would start at the highest elevation, the entrance to the driveway, proceed downhill to the bottom of the garden then start at the top all over again. There were twenty different garden beds on the property that were planted, tended and replanted whenever that became necessary. 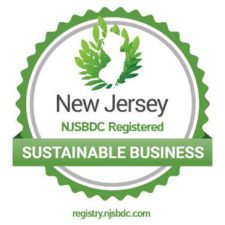